Tomorrow evening I'll be hosting the December meeting of our local LUPEC chapter Chez Moi. The theme I've chosen for the evening? Blondes, of course.

I spent the better part of the evening making some funny-looking-yet-delicious Butterscotch Blondies from this book, and researching cocktails to serve and blonde forebroads to discuss while we drink them. More on all that tomorrow. For now, I thought I'd share some fun facts about Hollywood's brightest blonde stars of yesteryear.

Did you know that...


When Fox refused to stop casting her as a dumb blonde, Marilyn Monroe moved to New York and started her own production company so she could take on more serious roles.


Marilyn Monroe is rumored to have had an IQ of 168. 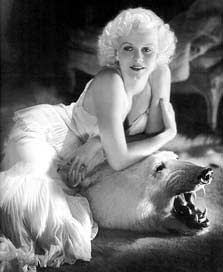 Jean Harlow and Mae West were both credited with keeping their respective film companies in the black at different points during their careers through blockbuster ticket sales -- even during the lean years of the Great Depression.


Jean Harlow wrote a novel before her untimely death at age of 26. It pubbed in 1965, almost thirty years later. 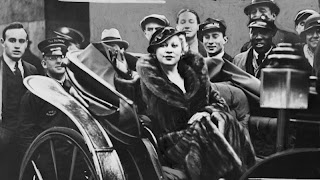 Mae West was a life-long advocate for gay and trans-gendered rights. Her early play, The Drag, was about homosexuality and played to sold-out audiences--in New Jersey. The show was banned from Broadway.

Mae West recorded a rock and roll album. (I know.)


I hope you'll raise a glass in absentia tomorrow to these smarter-than-they-may-have-seemed blonde forebroads.
Posted by Kitty at 11:45 PM