I am sitting in my doctor's office, shivering in a paper hospital gown. I am getting my yearly physical. She is great, but as per usual, I can tell she is in a rush. A long line of patients came before me and a longer line will trail after me. Now we are going over my vitals.

"Stop me if you have any of these symptoms," my doctor says, before rattling off a long list of ailments. "Headaches, dizziness, chest pain, nausea?"
"Nope."
"Depression, trouble sleeping, anxiety, irregular periods?"
"Um, no."
"Changes in weight? Sudden loss or gain?"
"Well, it hasn't been sudden, but I'm pretty certain I've gained weight."
"Really?" my doctor asks, looking puzzled.
"Yes. I'm sure I've gained ten pounds. Of course, I can't be certain because I don't own a scale."
She shuffles through her papers a minute, comparing numbers from this year and last year's charts. "You didn't," she says, finally. So matter of fact.
"Really?"
"Yup."
"Are you sure?"
"Yes. Exactly the same as last year," she says, looking up at me, looking tired.
"Okay," I shrug. "Well, cool. I'll take it. Hey, it's kinda like I just magically lost ten pounds!"
My doctor does not laugh. She does not seem amused by my body issues.

I just signed up to participate in National Blog Posting Month, a.k.a. NaBloPoMo (with an acronym like that, how could I resist?)

This means that for the month of November, I have to write a post on my blog every day. Each and every single day. For the entire 30 days of November. I am already nervous, since I have absolutely ZERO self-discipline. In fact, you might say that I have something like the opposite of self discipline. Like, if I determine that I am not going to eat any cookies all day because I eat too many sweets, I usually last like 45 minutes max before I'm casing a bakery. It sucks.

I'd love to change that about myself. So, here goes: we'll start with NaBloPoMo!
Posted by Kitty at 8:25 PM No comments:

a roomful of elephants

My ex-fiance is getting married next weekend. I'm very happy for him. When he called me a few weeks ago to wish me a belated Happy Birthday he sounded very excited and very, very happy. I was happy to hear it and I wish him well.

Quite randomly this week, I have had the occasion to speak with two of the Ex's best friends in the whole wide world, both his girl best friend who lives around here and his boy best friend, who the Ex has known since childhood, who used to live in Boston and now lives in LA.

Curiously, both during our visit to the suburbs at the girl best friend's house and my phone chat with the boy best friend, neither said a word to me about the impending nuptials of my Ex. I can only imagine they were doing this out of politesse, or respect, or perhaps because the Ex's personal life is simply none of my goddamn business anymore. I eventually brought the nuptial situation up with the girl best friend, and it was so extremely awkward that I didn't even go there with the boy best friend.

In both cases, I found the grave omission of this important event from these conversations so strange. It was as though all the years we spent hanging out together as mutual friends, watching baseball, or drinking too many cocktails, or taking weird road trips and maybe even fighting with one another, had been erased. I can't blame them, I'm sure I'd have followed the same course of action. But still, it felt weird, as though we were ignoring the whole reason that we ever knew each other in the first place.

It reminded me of a story a close friend of mine told me about the time she had a mole removed from her face. She returned to campus for class that evening with a huge bandage covering a third of her chin. This being Sarah Lawrence, she ran into like 15 different people on the way into class. Friendly girl that she is, she stopped to say hello to every one of them. And not a single person that she talked to made mention of the GINORMOUS bandage that so awkwardly obscured a huge portion of face. No one asked, "Oh my god, are you okay?" No one even uttered, "Wow, what happened to your face?" Everyone just chatted away with her as though nothing had happened. As though the bandage didn't exist at all. We laughed about it when she told me that story--I mean, politeness is one thing, but avoidance or denial? That's quite another.

My interactions with the Ex's best friends reminded me instantly of that. Again, I can't blame them. But it still felt so strange.
Posted by Kitty at 8:28 PM No comments: 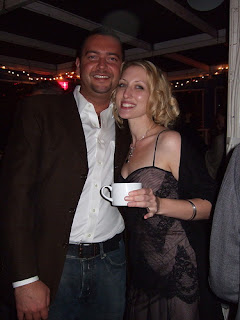 Photographic evidence of the LUPEC Boston Tea Party. Here I am with my dear, darling friend, Alexander. He is so special to me. Doesn't he look tan? That is why I call him Malibu Alex. We look almost sober here, don't we?

what I did on my day off

My office was open today, but I took the day off anyway, not to celebrate Columbus or anything, but to relax & rejuvenate after the LUPEC BOSTON TEA PARTY, which happened last night and was a smashing success.

It's so rare that I have a real, live, honest-to-goodness day off that I didn't quite know what to do with myself. So, I decided to bake.

First I made these: 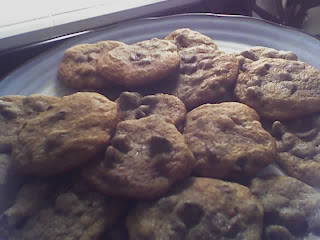 Then I made these: 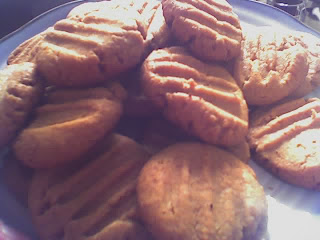 I ate so much cookie dough in the process that now I want to die.

Jason, where art thou? Part Three

I found him! I found him! I have located my stylist, and he is still able and available to tend to my locks!!! Oh joy, and happy day! There will be further blonding and root correction happening this Friday at 4 p.m., chez Jason in the South End.

Truthfully, though, I may be more excited about the lovely blow-out he will give my sponge-like, brittle, over-processed hair than I am about the color. Here's a look at what I was dealing with last week, during those hot, humid, August-esque days: 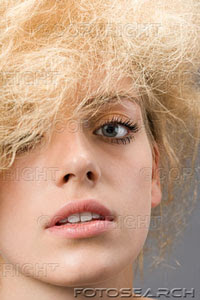 Here's a look at how my hair typically looks after seeing Jason: 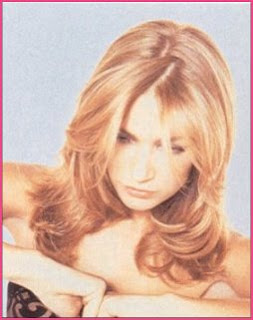 A little less stripper-y, though. And a little more blonde.

I am counting the days until Friday.